Skip to content
Connecting cars to the cloud, and to profitability 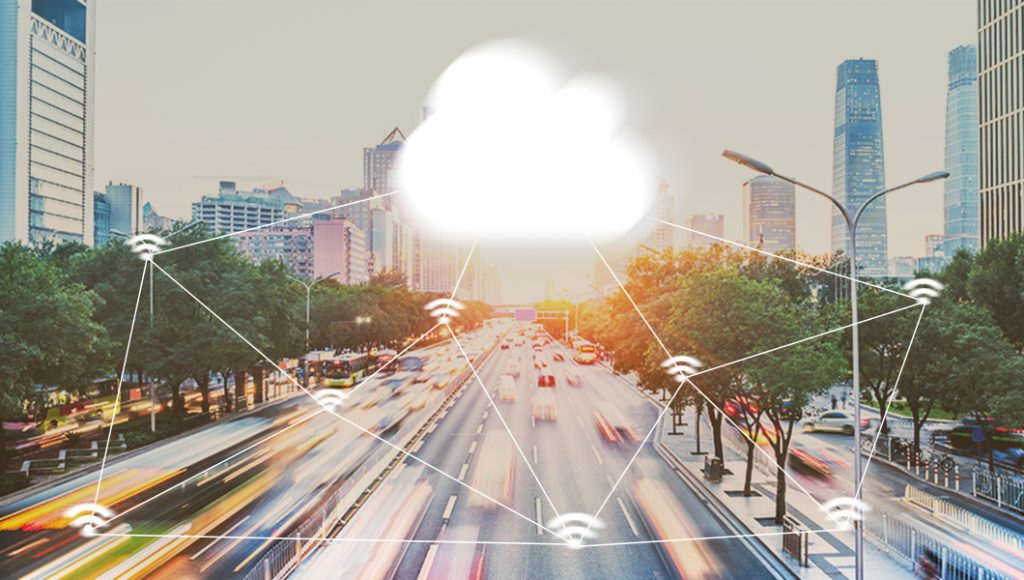 Connecting cars to the cloud and to profitability

As a society, we expect constant and ubiquitous connectivity from our mobile devices, and we’re frustrated when we can’t get a signal to access the information and services we need. In the near future, as millions of vehicles get connected and even become autonomous, a lost connection to the cloud will mean more than a personal inconvenience. In fact, it could affect everything from traffic flow to highway safety.

As a leader in this space, Veniam is paving the way not only to create seamless connectivity for vehicles via a versatile mesh network but also to manage the massive amount of data that these vehicles will generate. In doing so, the company is creating a platform for the Internet of Moving Things and the wide range of new services that will result.

I had the opportunity to sit down with our CEO, CTO and Head of Tech Strategy while in our offices in Porto, Portugal.  We explored Veniam’s vision and its approach to the development of proprietary technology in the “Internet of Moving Things”.

“We envision a future where mobility is provided as a service by a fleet of autonomous vehicles,” says Veniam CEO João Barros. “The way to get there is to enable carmakers, who produce cars, trucks, and buses to share huge amounts of data with each other and with the cloud.”

Veniam technology, bolstered by its unique intellectual property (IP) and rapidly growing patent portfolio, provides the pathway to this vision, along with convenience for commuters and new sources of revenue for the industry.

“We started submitting patents in September of 2015,” recalls Veniam’s Head of Tech Strategy Ricardo Matos. Since then, Veniam has submitted 164 patents and has been granted 44 of them. To highlight and symbolize its progress, the company recently unveiled an “IP Wall” at its headquarters in Porto, Portugal.

Veniam CTO Rui Costa explains that Veniam patents “cover everything necessary to move maximum amounts of data between vehicles and the cloud.” The company is actively building its IP foundation for the impending big data boom in mobility. “By 2025,” Costa predicts, “we’ll have 10 exabytes [10 million terabytes] being produced by vehicles.”

CEO Barros believes that Veniam’s background in telecom significantly informs its ability to solve the complex problems around keeping cars connected to the cloud. “Coming from the telecom sector, we had a very different view of what the car could be,” he says. “We see it as much more than a machine that carries people from one point to the other; we see it as an integral part of the network.”

This vehicles-as-a-network view drives Veniam to create singular solutions for OEMs and others that need to reliably and cost-effectively move large amounts of data. Costa points to Veniam patents that address pain in the automotive market, that allow for data distribution over a combination of Wi-Fi, 4G LTE, and V@V networks—and that help automakers save money.

“We’re putting a platform in the market that solves critical problems automotive players have,” Barros notes. “And our platform is a way to do that in a very efficient and flexible way.”

It’s one thing to move massive amounts of data between cars and the cloud, and quite another to parse this heavy payload—and make it pay. “It’s critical that there are routing algorithms deciding what data goes to the cloud and what services we can provide in looking at this data,” Costa points out.

“The entire mobility ecosystem needs to look at connectivity not just as a cost center but as a profit center,” adds Barros. “The way to go from a cost of connecting vehicles to generating new profits by means of new applications and new services, that’s the core of our strategy, and our patent portfolio supports that strategy.”

Barros also believes that Veniam’s connectivity and data management IP portfolio “opens a number of doors toward innovation that we can bring to our partners. I also see the possibility that we may license our IP to third parties to develop other products and applications.”

“The deeper we go into automotive and solving the problems facing autonomous vehicles, we see that there are new challenges,” Costa observes. That’s why the patents that he is most proud of “are the ones that are forward-looking, that are solving the problem we will have in a couple of years when thousands of vehicles will need to talk to each other and will create mesh networks and provide new services.”

This technology will also, of course, keep vehicles constantly connected, eliminate the familiar frustration of temporarily losing a signal, and provide crucial services and security. In the Internet of Moving Things, Veniam patents, IP, and vision will connect cars to the cloud, fueling profitability for the industry.