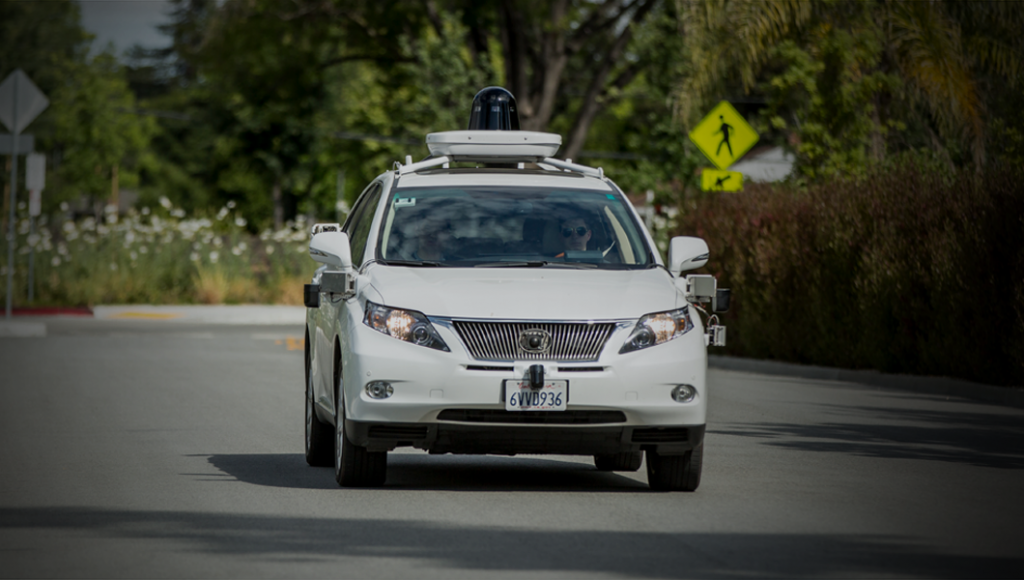 3 ways autonomous vehicles will depend on mesh networks

“Autonomous vehicle” may end up looking like a misnomer, once the first driverless cars actually hit the road. Sure, AVs need to be capable of autonomy—but like humans, they’re much better when connected, to the cloud and to each other.

When acting with true autonomy, AVs can scan the road and surrounding vehicles, but they can’t know about what’s ahead or what the surrounding vehicles intend to do next. By contrast, a connected vehicle can process a multitude of factors, from travel time to road conditions reported by other cars. These uses could consume up to 30GB per hour.

The human passengers in an AV will also have substantial data needs: Spotify alone already uses up to 3.5GB of data per month. Heavier applications could use exponentially more data. But these massive appetites can’t be served by today’s cellular connections. It’s true that 4G or LTE offer high bandwidth when you’re in a good spot, but moving at speed significantly decreases the quality of experience–not to mention the various tunnels, dead spots and crowded areas.

The only way to serve such a massive appetite for data on the go is mesh networks: a web of WiFi, LTE and vehicle-to-vehicle (V2X) communication that ensure a rock-steady connection, as well as much higher throughput and much lower latency than is possible on cell networks alone. There are three major applications for mesh in AVs: safety, entertainment and pricing.

There’s More to Safety Than Not Crashing

Vehicles with human drivers cause 1.25 million deaths worldwide each year, according to the World Health Organisation. This horrifying statistic is the most well known justification for AVs: even completely unconnected AVs will be vastly safer than human-driven cars.

But safety for an AV must not come at the expense of comfort and efficiency as we see in today’s driverless cars: max speeds of slower-than-molasses, tortoise-like acceleration and cornering, and complete stops for any hazard it can’t fully see. Safety should also allow for efficiency. Germany’s famous Autobahn, for instance, has no speed restrictions, yet a fatality rate 3 times lower than urban driving.

The Autobahn works because drivers can see what’s coming. Environmental awareness is exactly what AVs need, too. An unconnected AV can scan a short-range bubble around itself. With nearby AVs in a mesh network, that range is extended to every other car’s scanning bubble–but all that streaming video, radar and LIDAR data requires large bandwidth . Cloud servers can also deliver maps for more distant points, but these maps must be high-definition and update in real-time, both to optimize routes and to minutely map out real-time hazards.

“At Home” Time on the Road

Today’s passengers accept that traveling time will be “lost”. But AVs can give that time back–around 2 hours extra per day for high-quality leisure or work, according to Renault-Nissan chief executive Carlos Ghosn. Over the course of a year, those small chunks give back a whole month of “found” time.

It’s true that passengers can currently pass the time with a smartphone. But unlike today’s cars, an AV is an open area that can be filled with anything. Without the need for a dashboard cluttered with indicators, space opens up for a large screen or sound system, similar to home entertainment. Or in a fully autonomous car–and with some modifications to vehicle laws–an AV could even turn into a “room” with a central table and several seats around it, for meetings or work.

The catch, once again, is that a robust connection will be required. Yes, people do watch movies on their cellular connections today–at low resolution, with patches of annoying buffering. Once riders catch on that AV time can be as valuable as time spent at home or at work, they will demand quality on par with either of those locations.

Connectivity : From Cost to Profit

As with safety, cost cutting is a short term benefit to AVs that’s obvious to everyone: minus the drivers, paid transportation will become significantly cheaper than it is today.

But there are other ways to reduce costs. Most of our cities have a large underutilized Wi-Fi infrastructure waiting to be used. AVs can leverage those Wi-Fi hotspots to expand wireless coverage and transfer terabytes of data at a fraction of the 4G cost. This alone will help mobility providers reduce their data bill by 40%. With the addition of V2X, AVs will securely share HD maps, software updates and other contextual information with each other, helping reduce data costs to as little as 10%.

In the medium term, fleet operators competing with each other will drive costs even lower by using data to optimize trips. The process will look similar to Amazon’s playbook for lowering retail prices: collect copious data about every ride and transaction, and use it to predict the lowest possible price for a trip. Real-time information about road conditions can also figure into the equation, resulting in razor-thin margins of only a few percent.

Finally, there’s a longer term scenario for cost cutting: microtransactions. This term, popularized by the app economy, means paying small amounts for small services. For AVs, that could be an act as simple as merging to the right to let a faster car pass on the left, and earning a few cents for doing so. Riders could be incentivized to use longer but less congested routes in order to save a few cents more. Ads are also part of the picture: imagine your usual morning commute, except today you get pinged by a deal from your favorite coffee place as you pass it by.

More than just ’cars with no drivers’, connected AVs open the door to transformations in daily life. Looking ahead, we can already predict many of the uses of a connected vehicle. But as with the Internet, the greatest innovations of this connectivity may not be obvious in the earliest day. The key is to unlock the potential for those innovations by enabling reliable connections, capable of massive data transfers.